This event has ended.

Matt Loughrey my colorful past of lies 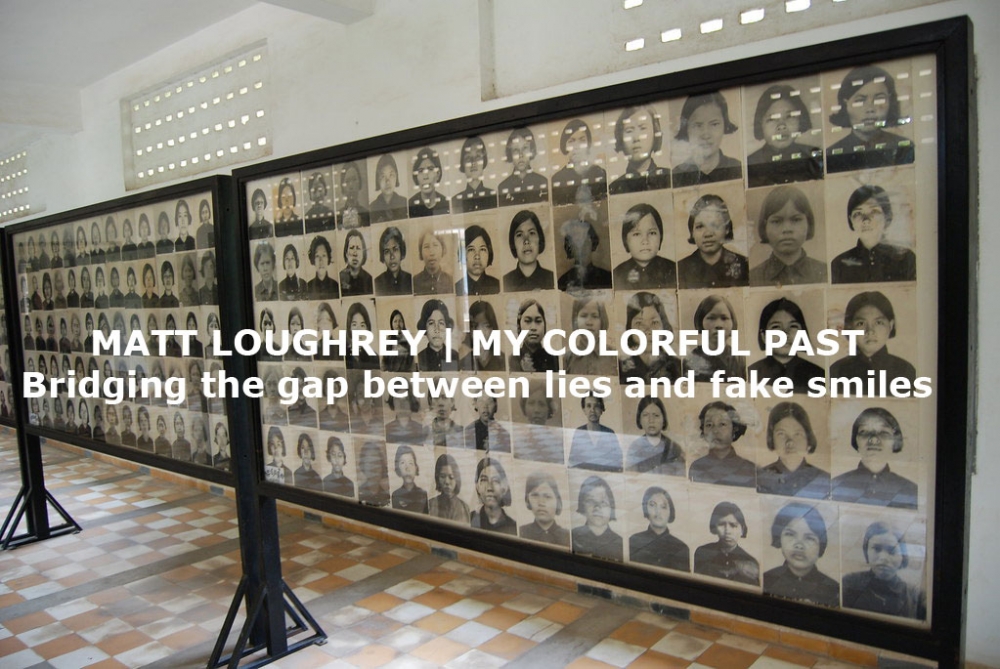 On April 9th 2021, Vice Asia published an article entitled “These People Were Arrested by the Khmer Rouge and Never Seen Again”. This piece was about the work of an Irish colorist from Mayo named Matt Loughrey whose main business is to provide image restoration services online.

According to the artist, is goal was to humanize the victims of the Khmer Rouge Genocide by colorising some black and white archive pictures. He said this work was commissioned by the victims’ families.

On April 11th, a huge social media backlash followed this publication and the story was pulled out by Vice the same day.

What Matt Loughrey did wrong?

He added smiles to 3 pictures and changed their expression

He did not presented the original photos to Vice

The first negative story was a petition started on Change.org when the Vice’s article was still online.

“VICE News recently ran an article on photos from the S21 Tuol Sleng prison that were recently colourized and re-digitized by Matt Loughrey to add in happy facial expressions.  As stated by the National Cambodian Heritage and Killing Fields Museum, "This was done without the consent of family members who lost loved ones in the prison, [or of] other Cambodian community organizations who are involved in this work. The Tuol Sleng / S21 prison camps imprisoned thousands of Cambodian civilians including children and elders who were subjected to torture, hunger, pain, and to their eventual violent deaths [. . .] In 1979, four years after the prison was opened at the start of the Khmer Rouge regime, only 7 prisoners survived out of the many thousands who were [imprisoned there]."

“We reject Mr Loughrey's attempt to profit and benefit from the traumas of our history”.

VICE, take this article down. Mr. Loughrey, please stop using photos of Cambodian genocide victims for your experimentation and entertainment. We demand an apology.

An artist has caused uproar and anguish after photoshopping smiles onto the faces of inmates photographed at notorious Khmer Rouge prison camp S-21. Here, the brother of Khva Leang, incorrectly introduced as Bora in the piece, tells the true story of his long-lost kin.

Vice Media Group is facing fierce backlash after publishing photographs of victims of Cambodia’s brutal Khmer Rouge regime that were digitally colorized and altered to show some of them smiling.

The Irish Times. The Khmer Rouge controversy: Why colourising old photos is always a falsification of history. Matt Loughrey has falsely doctored photos from 1970s Cambodia – but all colourisation does that

It’s not often that photo colourisation sparks an international incident, but this is precisely what’s occurred over the past few days, owing to a controversy that’s erupted over the online publication by Vice of doctored photographs of the 1970s Cambodian genocide, produced by the Mayo-based colourist Matt Loughrey.

“Nonsense. I am not falsifying history or anything of the sort – people are very quick to ‘call out’ others but the reality is something morally justifiable. I’ve worked with 142 (and counting) Cambodian families since late 2019 when this began and out of those 142 there are 11 that requested their relative to smile and in some of those cases it was the only picture they had. In some cases the prisoners were smiling and vice wrote about this, my observations on that are my own and I think I’m right about the nervousness and captor aspect.

That my altered pictures were published alongside my quote is happenstance…The calling out is just odd to me, it’s a bit like shouting across a street when I’m just an email away or a call – you’re welcome to do either. The response to this project has been so positive.” 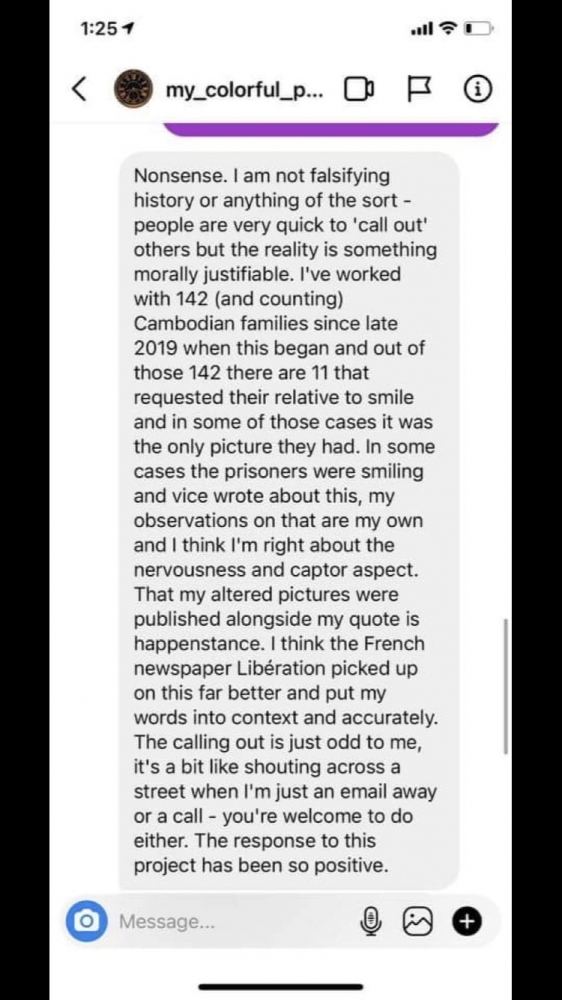 By following the organizer, you will be able to receive newest information. In order to follow, you need to login to EventRegist.

Login here if you already have been registered.

You are using Internet Explorer.

Internet Explorer is not supported by EventRegist's website and your application cannot be submitted properly.
We are sorry for the inconvenience and please consider to use another browser.
You can check the browsers recommended here.